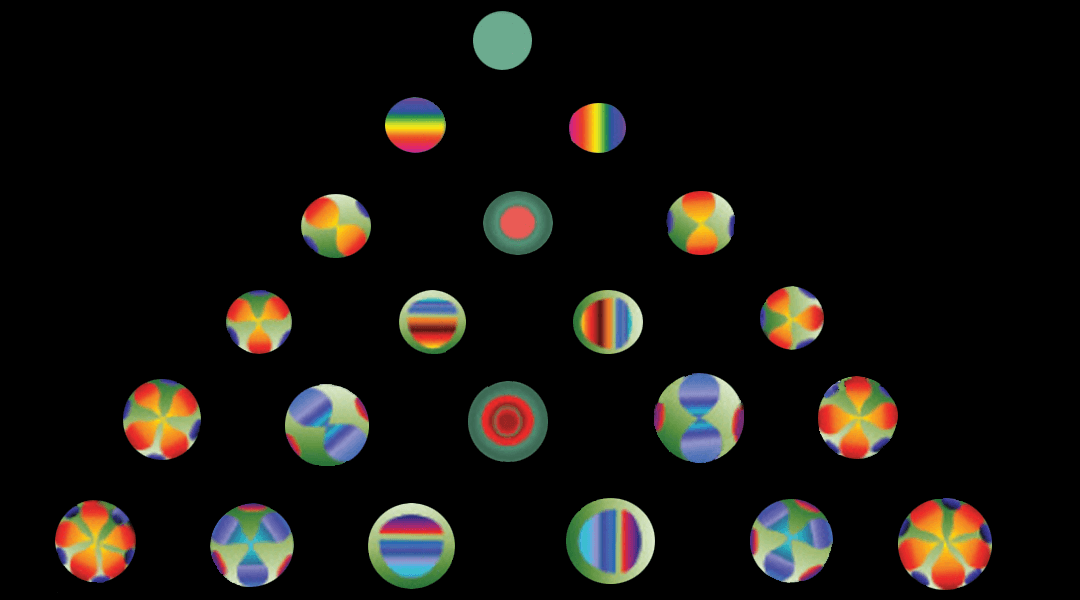 Are different diagnostic instruments interchangeable when it comes measure corneal HOAs in eyes with keratoconus?

Why do stars sometimes “twinkle” in the sky? Atmospheric turbulence: the light that comes from the star gets distorted by particles in the atmosphere. It is the same with light entering the eye: it passes through the cornea and the lens (the “optics”) and is focussed on the retina (the neurological part) where the light is converted into nerve impulses that are transmitted up into the brain. Imperfections – particularly in the cornea, which is responsible of 80% of the eye’s focusing power – can then distort the light in many different ways. Some wholesale imperfections in the system (like myopia, hyperopia and astigmatism) are quite obvious, and are termed “lower-order aberrations”, whereas others tend to be only noticeable at night, and have terms like “trefoil, coma and spherical aberration”, and are referred to as “higher order aberrations” – HOAs. The more complicated the shape that the light gets distorted into, the higher the order of aberration (Figure 1). 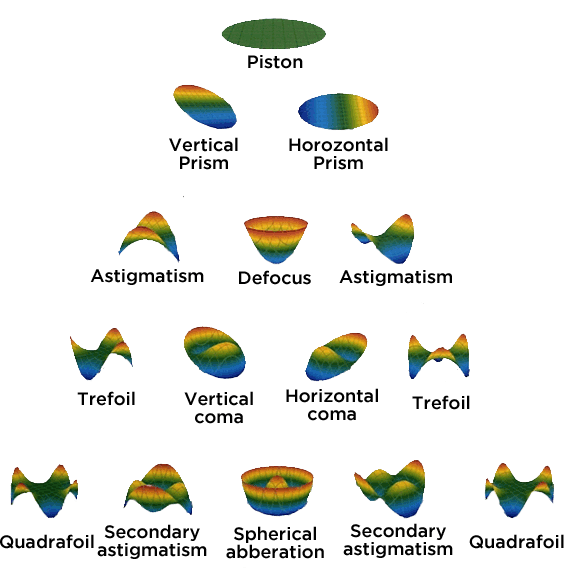 Figure 1. Common aberration shapes created when a “wavefront” of light passes through eyes with imperfect vision. A theoretically perfect eye (top) is represented by an aberration-free flat plane known as a “piston”. Each row further down from the top represents an increasingly “higher order” (i.e. more complex) aberration.

But when glare and halos around street-lamps and car headlights at night (two examples of HOAs) are unpleasant for most people who experience them, generally people can get by. However, when eyes have a large amount of HOA, then visual performance begins to be seriously compromised – and this is especially the case in people with keratoconus. Keratoconic eyes gave significantly more HOAs than “normal” corneas – so much so that some researchers are advocating using HOA assessments (as well as the usual corneal shape assessments made using corneal topographers) to screen for the early stages of keratoconus. Unfortunately, the more irregular the cornea, the more difficult it is for aberrometers to work.

Many clinics have corneal topographers that can also perform a corneal aberration analysis, and they work by determining anterior and posterior corneal elevation data (the shape of the top and bottom of the cornea). This is combined with a technique called ray-tracing, and the resulting data is represented as something called the “Zernike polynomial” – as seen above in Figure 1.

But these topographers take different approaches to make these measurements – one popular instrument uses “a rotating Scheimpflug camera” (Oculus Pentacam HR), whereas another popular instrument uses “dual Scheimpflug technology combined with Placido disk-based reflection imaging” (Ziemer Galilei G4). While both approaches are known to result in broadly similar corneal topography maps, when it comes to HOA assessments, do these instruments produce equivalent results – especially in keratoconic eyes? In essence: are the results each instrument interchangeable? It is important to know this information – if an ophthalmologist with one instrument refers a patient to a corneal specialist with a different instrument, can the specialist assume that the patient’s previous new measurements would be consistent with the old ones?

A group of researchers, including the ELZA Institute’s Prof. Farhad Hafezi and Dr. Emilio Torres-Netto, set out to answer those questions by examining 50 eyes from 50 patients with clear evidence of keratoconus. Each eye was examined in the same patient visit by the same technician.

The investigators compared the third- and fourth-order Zernike polynomial data each instrument produced with a 6.0 mm pupil, including:

In other words, they picked six parameters that describe HOAs that can significantly affect vision, and compared the values that each instrument produced for them. The way the researchers assessed whether the two approaches “agreed” with each other was to perform a “Limits of Agreement” analysis, which compares the likely differences between individual results measured by two methods, and the Pearson’s r coefficient (a measure of how correlated two variables are). They then performed a subgroup analysis and analysed these results by how steep the cornea is (a measurement termed Kmax, measured in dioptres (D), with a higher number equalling a steeper cornea). Three groups were defined: eyes with Kmax < 50 D, 50–55 D and > 55 D. So what did the investigators find?

They found that for most of the parameters assessed, the Pearson r correlations were generally quite low, and the Limits of Agreement were wide. To make a long story short, there were significant differences between measurements of corneal HOAs generated by Scheimpflug and dual Scheimpflug–Placido devices in patients with keratoconus. Stronger correlations with less significant differences were found in keratoconic eyes with less steep Kmax values – in other words, the steeper the cornea (which usually means the more progressed keratoconus is), the worse the agreement between the instruments.

The researchers concluded with “We do not recommend using measurements from these technologies interchangeably when assessing HOAs in eyes with keratoconus.”