Complications of Orbital Decompression and Their Prevention

Regards Croisés (literally, “crossed eyes”) is an event that this year that was jointly organized with the European Society Of Ophthalmic Plastic And Reconstructive Surgery (ESOPRS) Winter Meeting, which was held from January 23–25.

Regards Croisés’ organiser was Olivier Galatoire, who is an ESOPRS Committee Member – and Dr. Paridaens has been an Executive Officer of this Society since 2015.

During the meeting, both French and international oculoplastic and orbital surgeons discussed their views and presented their latest innovations (both functional and cosmetic) on the topic of treating periocular disorders. 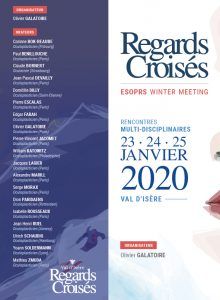