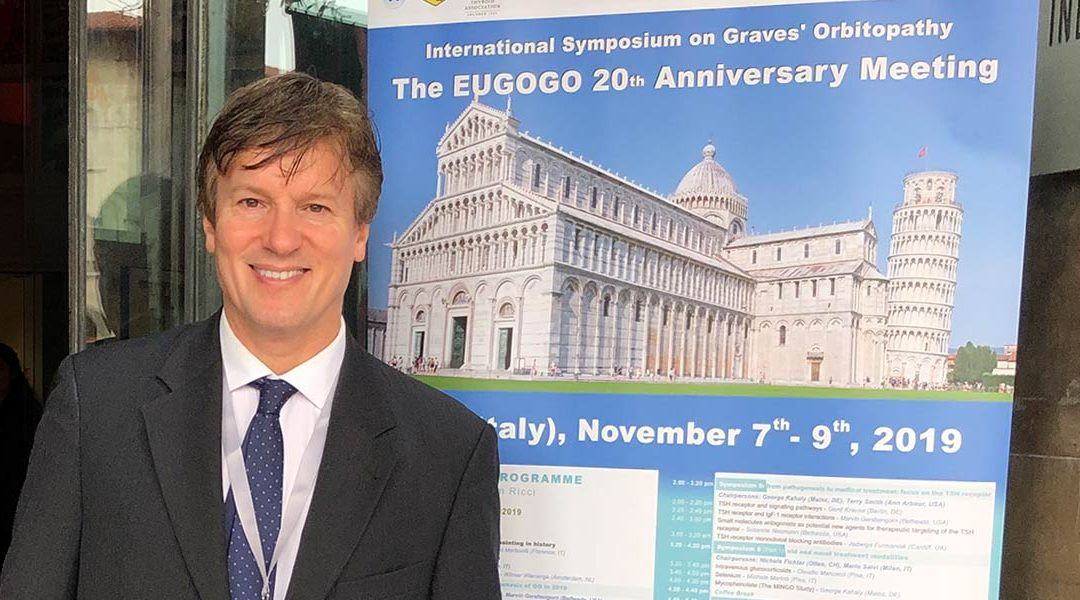 Nanotechnology in the treatment of Graves’ eye disease

On Saturday, November 9, ELZA consultant oculoplastic and orbital surgeon, Dr. Dion Paridaens, was invited by the organizers of the 20th meeting of the European Graves Orbitopathy group (EUGOGO) to give a Keynote Lecture on the last day of the conference, which was held in the Italian city of Pisa, on the topic of Nanotechnology in the Treatment of Eye Disease. The three-day meeting was briefly the home of many of the best Graves’ eye disease researchers, ophthalmologists and endocrinologists in the world, and Dr. Paridaens’ Keynote Lecture was the “headline act” of the final day of the conference. 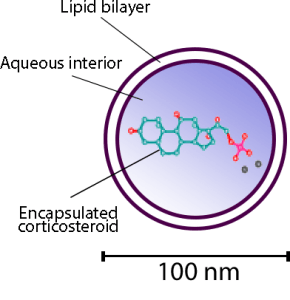 Figure 1. Nanocort “liposomes” that contain the drug prednisolone, in a particle that is under 100 nanometres in diameter.

Dr. Paridaens holds positions at the Rotterdam Eye Hospital and its affiliated Erasmus Medical Centre, where there is a highly active orbital research centre that investigates everything from the causes of this disease, to improving and developing new treatments for this complex, and often highly debilitating disease that can lead to bulging eyes, double vision and even blindness.

How does this relate to the use of nanotechnology in the treatment of Graves’ eye disease? Paridaens reported on a clinical study that was conducted in a small group of patients with Graves’ Orbitopathy who were administered Nanocort, a nanoparticle formulation of the steroid prednisolone, to treat the inflammatory symptoms of this disorder. Nanocort contains incredibly small (100 nm) particles (known as “vesicles” – Figure 1) that are packed with the steroid inside them, and the drug is infused into the body intravenously. The idea behind this approach is that the drug molecules should target the sites of inflammation, and not “off-target” sites, which can cause side-effects.

Rotterdam was the first centre in the world to evaluate Nanocort for this treatment, and this pilot showed that many of the patients with Graves’ Orbitopathy who participated in this trial experienced effective treatment of their inflammation, without the side effects that regular medication (methyl prednisolone) typically cause. This promising start means that more studies, with more patients, and that directly compare Nanocort with methyl prednisolone are likely to be performed in the near future.