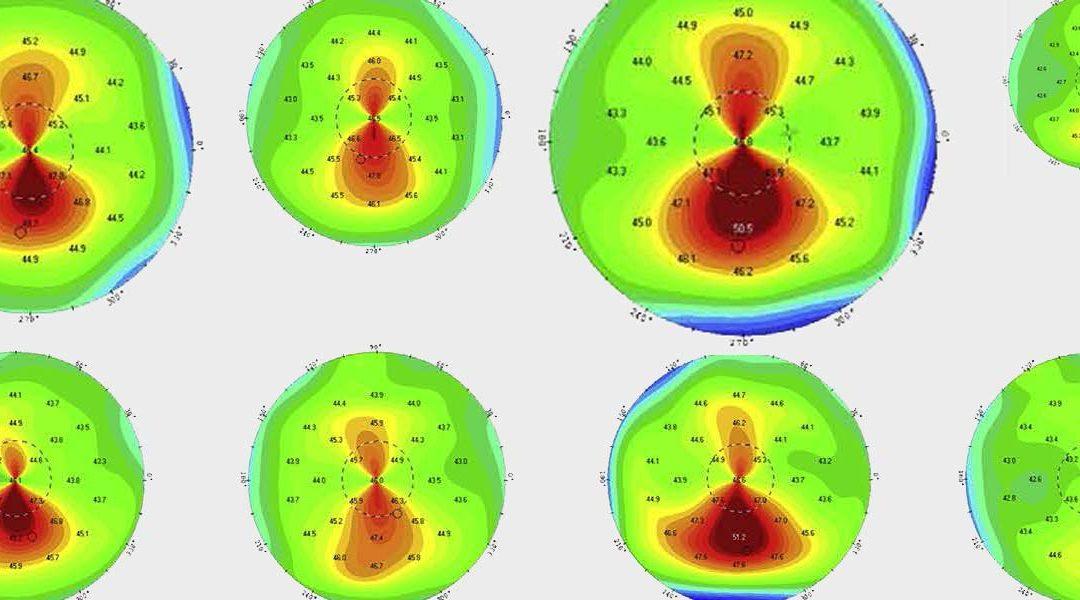 Many women with endometriosis receive “selective tissue estrogenic activity regulator” (STEAR) therapy, but this treatment can cause previously stable keratoconus to start progressing – rapidly. ELZA’s researchers have previously shown that keratoconus can be caused or exacerbated by changes in hormone levels – like those that occur in pregnancy or thyroid disorder. But we can add another to the list: selective tissue estrogenic activity regulator [STEAR] therapy.

STEAR therapy can be used as a hormone replacement therapy (HRT) in menopausal women, and to treat endometriosis. We published a case report in 2019 about a patient with bilateral keratoconus that had been stable for over 10 years, who experienced keratoconus progression four months after commencing tibolone STEAR therapy as a treatment for endometriosis (and 3 months after an ovariectomy). Cross-linking this patient resulted in an excellent flattening effect of 5.5 D (OD) and 6.1 D (OS).

What might have caused this? There is a strong similarity between the molecular structure of tibolone and estrogen, as well as two of its main metabolites, 3 alpha-hydroxy-tibolone, and 3 beta-hydroxy-tibolone. Interestingly, it is known that estrogen receptors are present in the corneal stroma and estrogen receptors are thought to modify the biosynthesis collagen and glycosaminoglycans – macromolecules that play a central role in the composition of the cornea, and therefore its biomechanics.

There is evidence for estrogen weakening the cornea: porcine corneas cultured with estrogen in the laboratory are 36 percent less stiff than corneas cultured without estrogen, and ELZA have published many papers demonstrating the link between both pregnancy and keratoconus and post-LASIK ectasia progression.

In light of these findings, we strongly recommend evaluating the hormonal status of patients undergoing refractive laser surgery, including medication for endometriosis or following ovariectomy. 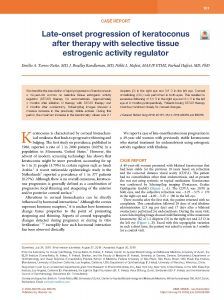