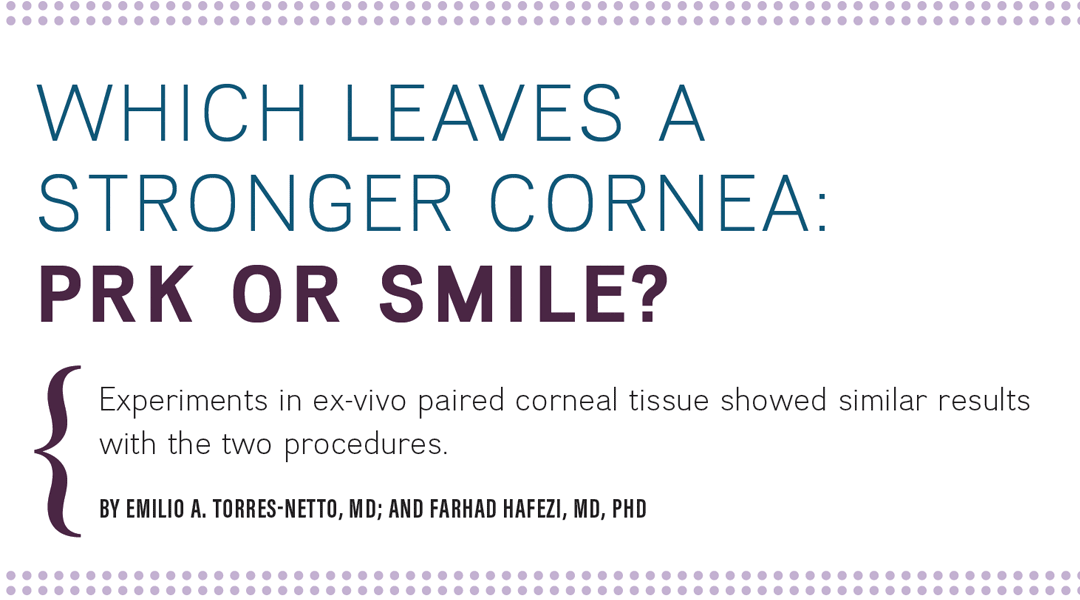 Which is stronger? PRK or SMILE?

A lot has been said about SMILE, some of which has been about how, in theory, corneas treated with SMILE should be biomechanically stronger than LASIK-treated corneas (more of the stronger anterior stroma is left intact compared with physically cutting a flap there in LASIK and lifting it to perform ablation of the stroma underneath). But what about PRK? This is ablation of the anterior stroma after having just removed the epithelial cells above it, on the surface of the cornea. So the question remains: which is stronger? PRK or SMILE? The short answer is that PRK is stronger.

In a collaboration with Bogdan Spiru, Walter Sekundo and Sabine Kling, ELZA’s researchers have worked to biomechanically assess post-PRK, post-SMILE, cross-linked post-PRK and cross-linked post-SMILE corneas. ELZA’s Emilio Torres-Netto and Farhad Hafezi spoke to Cataract and Refractive Surgery Today Europe about their part in the research. Their results might surprise you. 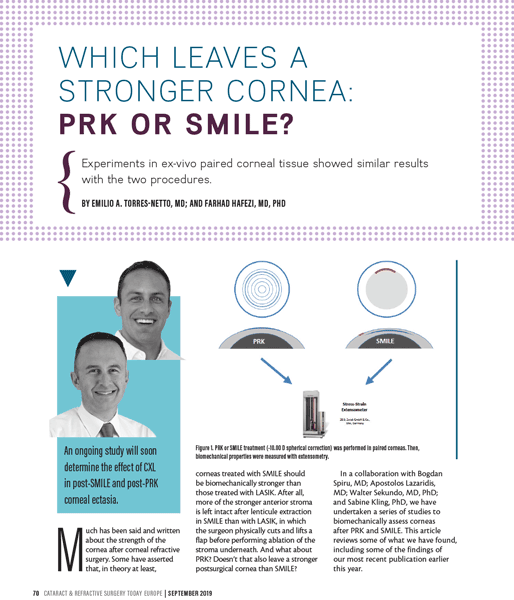