The operation is usually performed under general anesthesia and lasts one and a half to two hours. In a first step, the conjunctiva and the underlying Tenon layer are detached from the eyeball. Afterwards, the eye muscles are also detached from the eyeball. Now the removal of the diseased eyeball takes place. To replace the volume that is missing by the removal of the eyeball in the eye socket, an implant is inserted. This has a spherical shape, a diameter of 16 to 20 mm and is made of acrylic, which is easily tolerated by the body.

The implant is now inserted into the “bag”, which consists of the obtained Tenon layer and conjunctiva. The “pocket” is also sewn up at the front, so that the implant is always “invisible” later. Finally, the outer eye muscles are sutured to the implant in order to allow a certain degree of mobility of the artificial eye after the procedure.

The actual “artificial eye” is a flat prosthesis shell, which sits on the conjunctiva-covered graft. At the end of the operation we use a provisional prosthesis. This has the important advantage that you already see a cosmetically appealing result immediately after the operation. This temporary prosthesis will later be replaced by a definitive prosthesis. 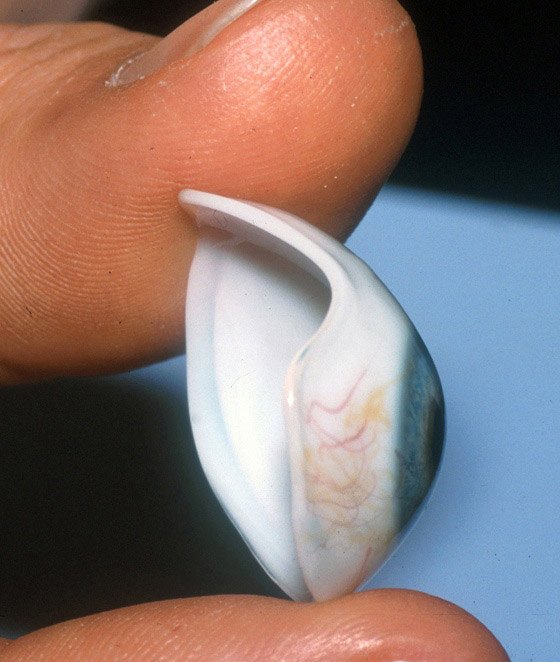 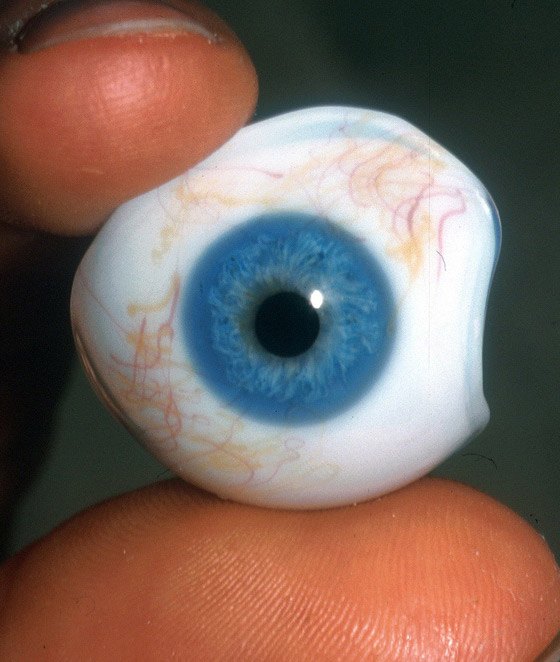 In an evisceration procedure the entire eyeball is not removed, just the cornea and the inner eye. The actual (now empty) eyeball is preserved and an implant is inserted into it. The greatest advantage of the evisceration over enucleation is a larger mobility of the ocular prosthesis after the surgery. However, evisceration is not always possible and we will discuss with you exactly what type of surgery should be performed on you.

Why is an implant used? After removal of the eyeball, there is usually very little tissue volume in the eye socket. If this volume is not replenished by an implant, anatomical changes of the eye socket and the eyelids will occur with time, which is termed PESS (post enucleation socket syndrome). This usually worsens the cosmetic aspect considerably.

If surgery is necessary in a child, choosing the largest possible implant is even more important: without the volume of the implant, the bony eye socket would receive no impulse to continue growing, whereas the other, healthy side would continue to grow.