No. Keratoconus is far more common than previously thought.

One of the most frequently cited scientific publications on keratoconus comes from the United States of America in 1986 and stated that the incidence of the disease is 1:2000, making keratoconus a rare disease. However, the equipment used at that time to detect diagnosis was far, far less sensitive than modern diagnostic instruments. What this means is that keratoconus is expected to be far more common than 1:2000 people – and if it’s thought to be rare, people might not be routinely screened for the disease, meaning that keratoconus might not always be detected early enough. In general, the earlier you treat keratoconus, the better the patients’ outcomes.

Our clinical research group conducted a study that measured more than 1,000 eyes of children and adolescents in Saudi Arabia. The study was published in early 2018 in the prestigious scientific journal British Journal of Ophthalmology. We found a that keratoconus occurred in of 1 in every 21 people screened. Our data have the highest prevalence ever published.

Keratoconus appears to be much more prevalent in the Middle East than previously thought, and modern studies in Western Europe are still missing. 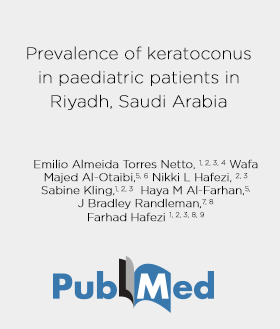 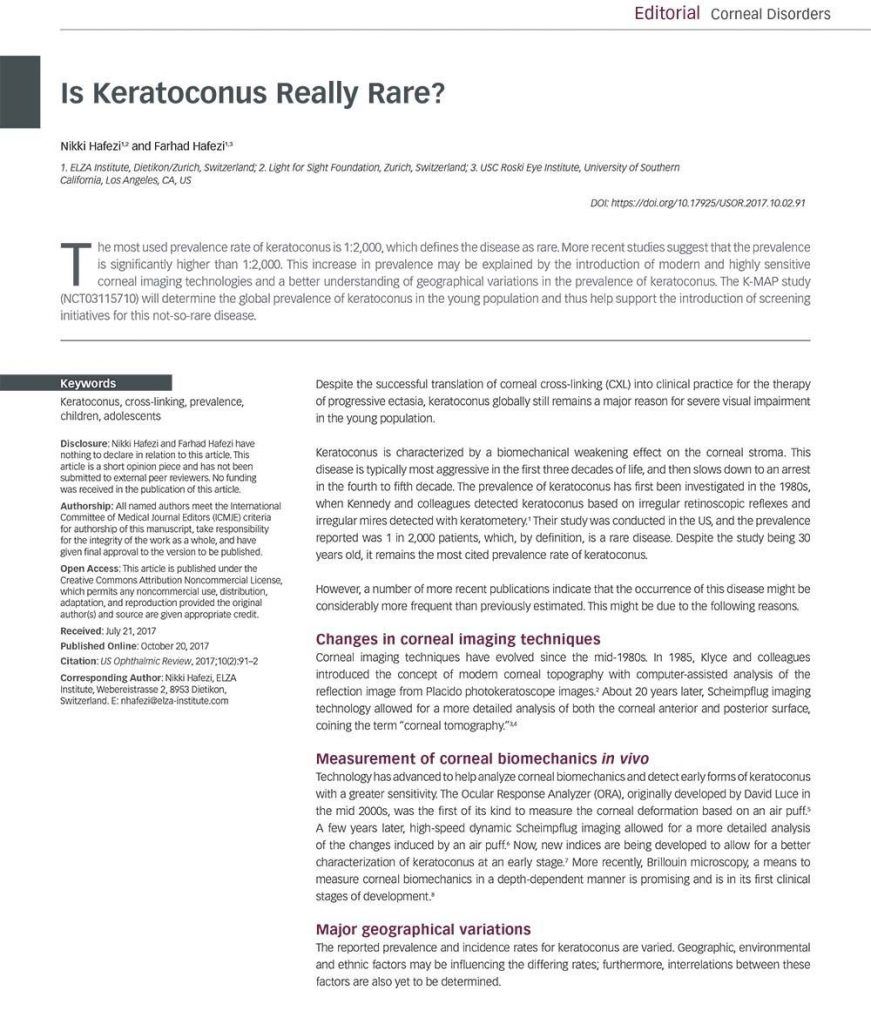