Home » Keratoconus » What is keratoconus?

Keratoconus is a corneal disease, in which the mechanical strength of the tissue is reduced. This causes the cornea to bulge forwards, forming a “cone” shape. What results is irregular astigmatism.

The cornea may continue to bulge and thin out at the tip, increasing the amount of astigmatism over time. The fact that the cornea becomes so irregularly shaped means that spectacles can no longer be used to correct the visual effects of keratoconus effectively, although this is still possible with the use of special contact lenses in the early stages of the disease.

Although the disease has been known about for over 150 years, our understanding of what causes keratoconus has increased significantly in recent years.

In 2015, an international expert group redefined the disease. For this purpose, 9 experts would be determined on each continent. Professor Hafezi from the ELZA Institute was one of the 9 European experts in the group. 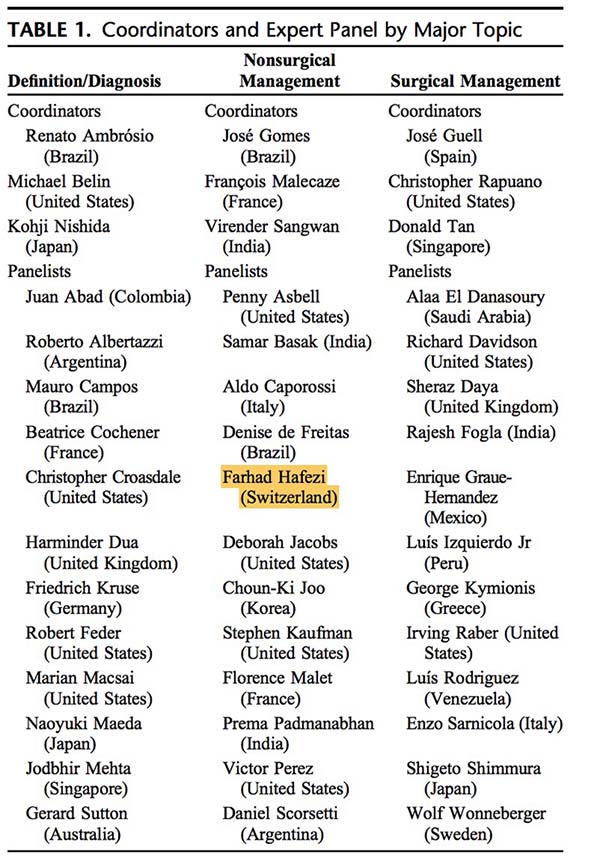 What happens in keratoconus?

The main symptom of keratoconus is reduced visual acuity that cannot be corrected with glasses.

In the early stages of the disease, the edges of objects can appear blurred and the disorder is particularly noticeable in the evening. As the disease progresses, double, triple and even quadruple vision may result.

How common is keratoconus?

Much more common than was previously thought.

One of the most frequently cited scientific publications on keratoconus comes from the United States of America in 1986, which stated that the incidence of the disease with 1 person in 2000. This statistic makes keratoconus a “rare” disease. However, that study was performed using old research methods, using old diagnostic instruments that are much less sensitive than the modern diagnostic instruments available today. In reality, keratoconus is likely to be far more common than 1:2000 people – and if eyecare professionals think it’s a rare disease, then they are less likely to screen patients for it, meaning that many patients with keratoconus have their disease detected at a much later stage.

Our group has now conducted a study that measured more than 1000 children and adolescents in Saudi Arabia. The study was published in early 2018 in the prestigious scientific journal British Journal of Ophthalmology. We found a frequency of 1 in 21 people – not 1:2000.

Keratoconus appears to be much more prevalent in the Middle East than previously thought. Similar studies in the rest of the world are still missing, but we are in currently working changing that situation. 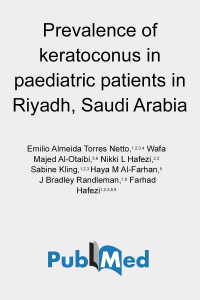 With increasing age, our body (and the connective tissue it contains) becomes increasingly stiffer. The cornea is made from connective tissue (i.e. collagen) and also becomes stiffer. Therefore, the disease will one day stop and does not deteriorate further, often between the 35th and 45th year of life. However, we also see patients who still have active keratoconus at the end of 50: ageing only decreases the likelihood of keratoconus progression, but that probability will never be zero. 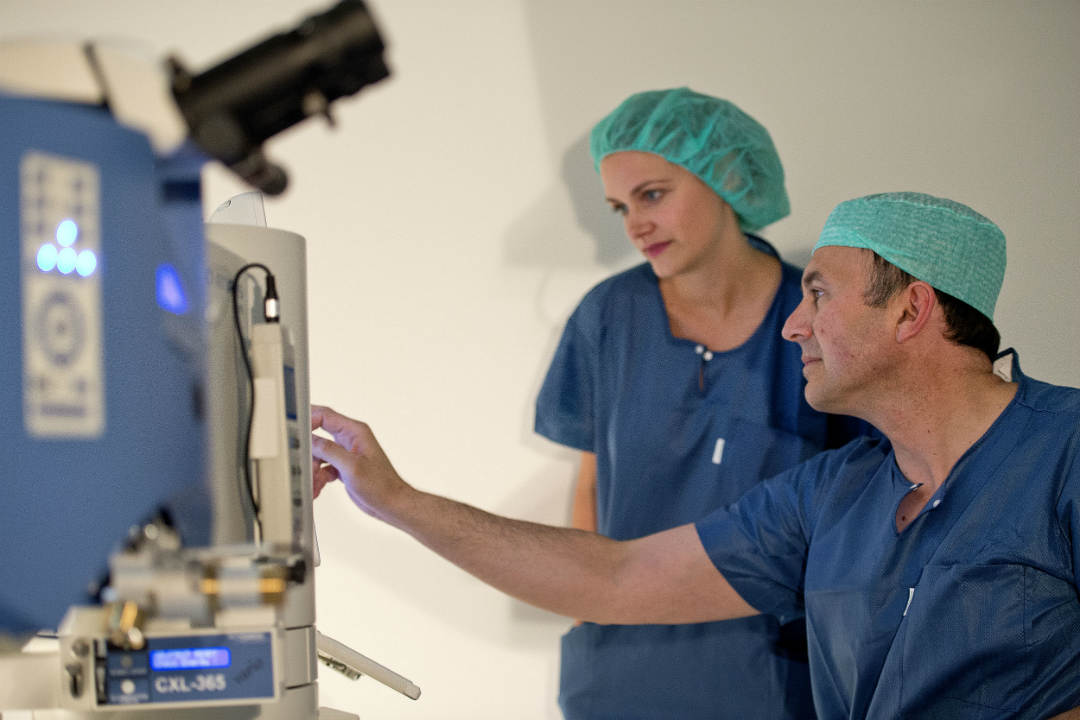 Can keratoconus progression be stopped?

Yes. Corneal cross-linking is an operation that can stop the disease with a chance of success of over 90%.

The idea of ​​cross-linking was first conceived in Germany, but the technique and the technology was developed in Zurich and has spread from Switzerland to the whole world. Today, CXL (corneal cross-linking) represents the global standard of keratoconus treatment.

Prof. Farhad Hafezi from the ELZA Institute was one of the group that established this technique in modern ophthalmology. He has one of the longest experience of cross-linking in the world.