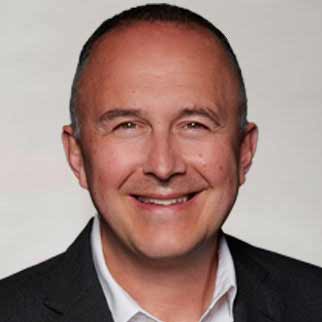 Farhad Hafezi (born 1967) grew up in Fribourg, Switzerland, and studied medicine in Fribourg and Bern.

Prof. Hafezi’s primary focus is medical and refractive corneal surgery, particularly the management of refractive laser surgery complications and the treatment of corneal ectatic disorders. He was instrumental in the clinical development and international establishment of corneal cross-linking (CXL) for the treatment of keratoconus, ectasia after LASIK and infectious keratitis..

In 2010, Prof. Hafezi was appointed to the University of Geneva, where he headed the Ophthalmic Clinic until 2014 as Chairman and Full Professor.

Hafezi holds an adjunct professorship in Los Angeles at the Keck School of Medicine at the University of Southern California (USC) since 2012, and in 2015, he started as Medical Director of the ELZA Institute in Dietikon and as Group Leader of the Ocular Cell Biology research group the Centre for Applied Biotechnology and Molecular Medicine at the University of Zurich. In 2017, Prof. Hafezi was made a Visiting Professor in the Faculty of Medicine at Wenzhou Medical University, Wenzhou, China.

From 1993 to 1994 he completed a two-year postgraduate course in experimental medicine and biology at the ETH and University of Zurich (now Master of Science in Biology), followed by 3 years of research in the Retinal Cell Biology Laboratory at the Eye Clinic of the University of Zurich. His research focused on molecular mechanisms of retinal degeneration. He identified the first gene that completely prevented light-induced retinal damage (Hafezi et al., Nature Medicine, 1997).

Since 2002 he has been actively involved in corneal research and was instrumental in the clinical development of CXL for the treatment of keratoconus. His work has helped expand the application of CXL to children and other corneal ectactic disorders like post-LASIK ectasia and Terrien Marginal Degeneration, and also for the treatment of corneal infections and ulcers.

You can find his research profiles here: Google Scholar, Research Gate, and www.vision.research.eu.

He is co-editor of the Journal of Refractive Surgery and an editorial board member of Translational Vision Research & Technology, Eye and Vision, International Journal of Keratoconus and Ectatic Corneal Disease and Iranian Journal of Ophthalmology.

He is a regular speaker and facilitator at the ESCRS (European Society of Cataract and Refractive Surgery) and the AAO (American Academy of Ophthalmology) annual congresses.

Prof. Hafezi has received 23 national and international awards so far. These were awarded both for his clinical and scientific work, as well as for his contributions to technology development in the form of innovation awards.

Among the awards are the ARVO Foundation / Carl Camras Translational Research Award (USA), as well as the highest honours in ophthalmology in Switzerland and Belgium.

In 2014, readers of the international journal “The Ophthalmologist” voted Prof. Hafezi among the world’s 100 most influential personalities in ophthalmology. Read more here. In 2016, 2018 and 2020, Prof. Hafezi was also elected to the biennial Power List.

In 2019, Prof. Hafezi was appointed FARVO – a fellow of the Association for Research in Vision and Ophthalmology – in recognition of his clinical and research contributions over the years, which is a rare and prized badge of honour.

Prof. Hafezi is fluent in German, English, French, Polish and Persian. He is married and has three children.